André Baltazar currently lives in Porto, Portugal. In 2009 concluded his Master Degree in Electrical and Computing Engineering (Telecommunications and Multimédia) and immediately started working at INESC-Porto as a researcher for the Kinetic Project. By the end of 2009 enrolled in the Doctoral Program of Science and Art Technology at Universidade Católica Portuguesa and received a PhD Scholarship from Fundação da Ciência e Tecnologia (FCT), that allowed him to spend some time developing his research at CCRMA, Stanford University - EUA. Meanwhile also started teaching Informatics at Oporto Polytechnic Institute (ESMAD, former ESEIG). In January 2015 concluded his PhD, and became Professor at School of Arts - UCP Porto.

Currently is the Vice-Dean of the School of Arts - UCP Porto and also the Coordinator of the Undergraduate and Graduate Program in Sound and Image. Conducts research at CITAR-UCP on the topics of : HCI, Gesture Recognition, Computer Music, Machine Learning, AR and VR.

Is also a performer at be-dom 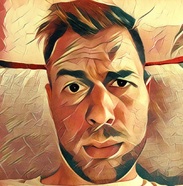